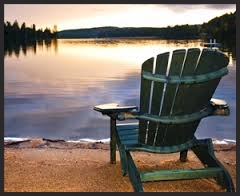 CONGRATULATIONS to Rory McIlroy, who played a great 4 rounds of golf and led wire to wire at the latest Open Championship!  Also, congratulations to the WINNER of our Open Championship Contest.  Only one client chose Rory – see who won!

Great content by some of the regulars – see who won the Starbucks Card!

Thanks everyone for playing!

And…the Civic Holiday is coming up!  Check out my newsletter for the events happening this weekend!

Hope you enjoy all that Niagara and area has to offer!

Civic Holiday is the most widely used name for a public holiday celebrated in most of Canada on the first Monday in August.

In Ontario, the holiday was renamed Simcoe Day in Toronto effective 1969 in honour of the first Lieutenant-Governor of Upper Canada and the promulgator of the Act Against Slavery, but a motion at the Ontario Municipal Association to extend the name change province-wide failed.  According to a 2005 proclamation this name continues to apply in the present amalgamated city of Toronto.  The Civic Holiday is now known by one of a number of local appellations such as Colonel By Day in Ottawa, George Hamilton Day in Hamilton, Joseph Brant Day in Burlington, Founders’ Day in Brantford, McLaughlin Day in Oshawa, Alexander Mackenzie Day in Sarnia, James Cockburn Day in Cobourg, Peter Robinson Day in Peterborough, and John Galt Day in Guelph, Mark Delorme Day in Sudbury, Ontario, as well as numerous other names in smaller municipalities.  When not given a local name, it is often referred to

as the ‘Civic Holiday’.  Although a work holiday is given to employees of the federal and many municipal governments, the Government of Ontario has not defined this day as a statutory holiday and it is not mentioned in either Ontario’s Employment Standards Act or Retail Business Holidays Act.  The

** Check out the side links to see what is happening in Niagara this weekend to celebrate or get away or plan a weekend project!  Whatever you do this weekend, hope you’ll enjoy it!