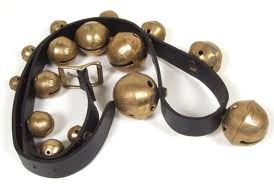 The most popular Christmas song in America, Jingle Bells has not always been associated with Christmas, and its origins remain a controversial mystery to this day. Written in the 1850’s by James Lord Pierpont, an uncle of the famously wealthy financier John Pierpont Morgan, the song is not what we may think.

The song was originally named “The One Horse Open Sleigh” and was recited during a Thanksgiving mass sometime in the 1840’s in Medford. The song was so favorably received by the audience that it was again performed for Christmas mass that same year, establishing it as a Christmas favorite ever since.

No matter how charming the legends surrounding the origins of Jingle Bells may be, one thing is for sure – “The One Horse Open Sleigh” was most definitely not written as a song with Christmas in mind. Rather, it is more likely that the lyrics reflect Pierpont’s fond memories of his childhood in New England where winters were filled with the thrill of racing through the snow covered landscape in open sleighs drawn by horses. Also, the bells in the song refer to bells on leather straps worn by horses, as pictured above.