By: Timothy|Published on: Jul 1, 2011|Categories: In The News, Local Events| 0 comments 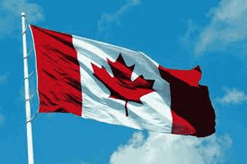 Many will be celebrating Canada’s 144th year on Canada Day in grand style in the nation’s capital. Every year, tens of thousands of people flock to Parliament Hill to take part in the Canada Day Noon Show with the Governor General, the Prime Minister, and the Minister of Canadian Heritage and Official Languages.

This year, Ottawa celebrates “Canada: A proud past, a bright future!” and welcome Their Royal Highnesses The Duke and Duchess of Cambridge to celebrate ‘on the Hill’, as they start their first international tour as a royal couple.

The 2011 show will include a protocol ceremony and a spectacular flyby of CF 18s and Snowbirds. The Department of Canadian Heritage presents the Canada Day Noon Show in collaboration with the National Capital Commission (NCC).  The show will include performances by Great Big Sea, the Sam Roberts Band, Pierre Lapointe, Jenn Grant, Delhi 2 Dublin and Florence K. The show’s main theme is Canada: A proud past and a bright future. But there are three sub-themes as well: The end of Canada’s combat mission in Afghanistan, the rights and responsibilities of immigrants and the 100th anniversary of Parks Canada. 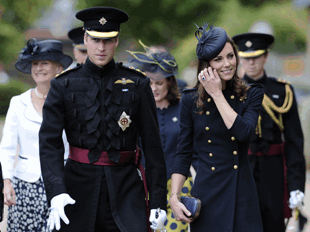 When the show ends about 1:30 p.m., the Duke and Duchess will go on stage to meet the artists. Then, about 1:45 p.m., they’ll begin what should be a highlight of the event — a walkabout among the crowds on the Parliament Hill lawn. This may be the best chance most people will have to get up close and personal with the royals in Ottawa.

Canada Day falls on the 50th birthday of William’s mother, Diana, Princess of Wales, who died in 1997.

This special event will be broadcast live on television through CBC, the CBC News Network, and Radio-Canada.  FYI –  Only one broadcaster is allowed to show the Great Big Sea and Sam Roberts concerts to Canadians: CBC.  CBC linked an exclusive deal with Heritage Canada, paying the ministry about $600,000 for the exclusive right to air the music-packed bash from start to finish.

Last year, more than 370,000 people gathered on the Hill to celebrate Canada. This year, organizers are expecting many more will flock to see the future King and Queen.