By: Timothy|Published on: May 7, 2010|Categories: Miscellaneous| 0 comments 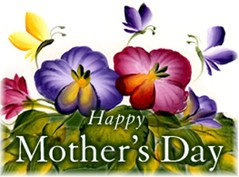 Mother’s Day is dedicated to the leading lady of the family. The whole world basks in the glory of the day, where children take immense pleasure in making it a special day in the life of his/her mother. While the Super Moms sit back and relax on this particular day, children take up all the responsibilities. Are you wondering when Mother’s Day started?  Mother’s Day celebrations date back to the times of ancient Greeks. While it was celebrated in a small way during that time, it gained popularity and momentum in the early 19th century and in the present times, is practiced in full force.

* Back in the 1700’s in Shuya, Russia, a peasant wife named Mrs. Feodor Vassilyev bore the world’s most children ever recorded?  Between 1725 and 1765, Mrs. Vassilyev had 69 children from 27 pregnancies which included 16 sets of twins, 7 sets of triplets and 4 sets of quadruplets.

* In Yugoslavia, Mother’s Day is known as ‘Materitse’, pronounced ‘Materice’? On this day, there is a strange tradition of children tying up their mother, setting her free only if she gives them sweets and gifts.

* Interestingly, in most languages, the word for mother begins with the letter M?